To ensure the safety of everyone on the road, every state in the United States has developed comprehensive sets of laws designed to control the actions of drivers and prevent traffic violations.

Therefore, a driver’s license is allowed only for those who have established that they can comply with the road rules and have indicated that they will respect the responsibilities that driving necessarily encompasses.

Reasons for driving without a license 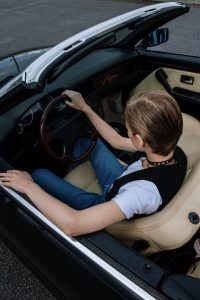 There are several reasons why a person can be caught driving without a license. Often, the driver may have simply never applied for a driver’s license from their local Department of Motor Vehicles (DMV), and therefore no license has been issued.

A driver can also drive without a driver’s license because that license has been suspended or revoked due to a past crime or pending legal issue. In these circumstances, the driver can be charged with driving without a license, depending on the specific state’s laws.

Punishment for driving without a license

This crime is sometimes charged as a misdemeanor. In particular, where you drive is also important in some states.

An additional common effect of driving without a license fee is a significant increase in auto insurance premiums. Many auto insurance companies will be quite reluctant to provide insurance for people caught driving illegally in this manner.

Driving without proof of license

In some circumstances, an individual can be pulled over for a traffic violation and find that they have forgotten the license.